"To travel is to take a journey into yourself" - Danny Kaye

Recently, our client sent us this photo (below) from the Galapagos. Well . . . a) WE wanna go to the damn Galapagos and b) this photo was the missing link in the story that follows and we were happy to finally get it. 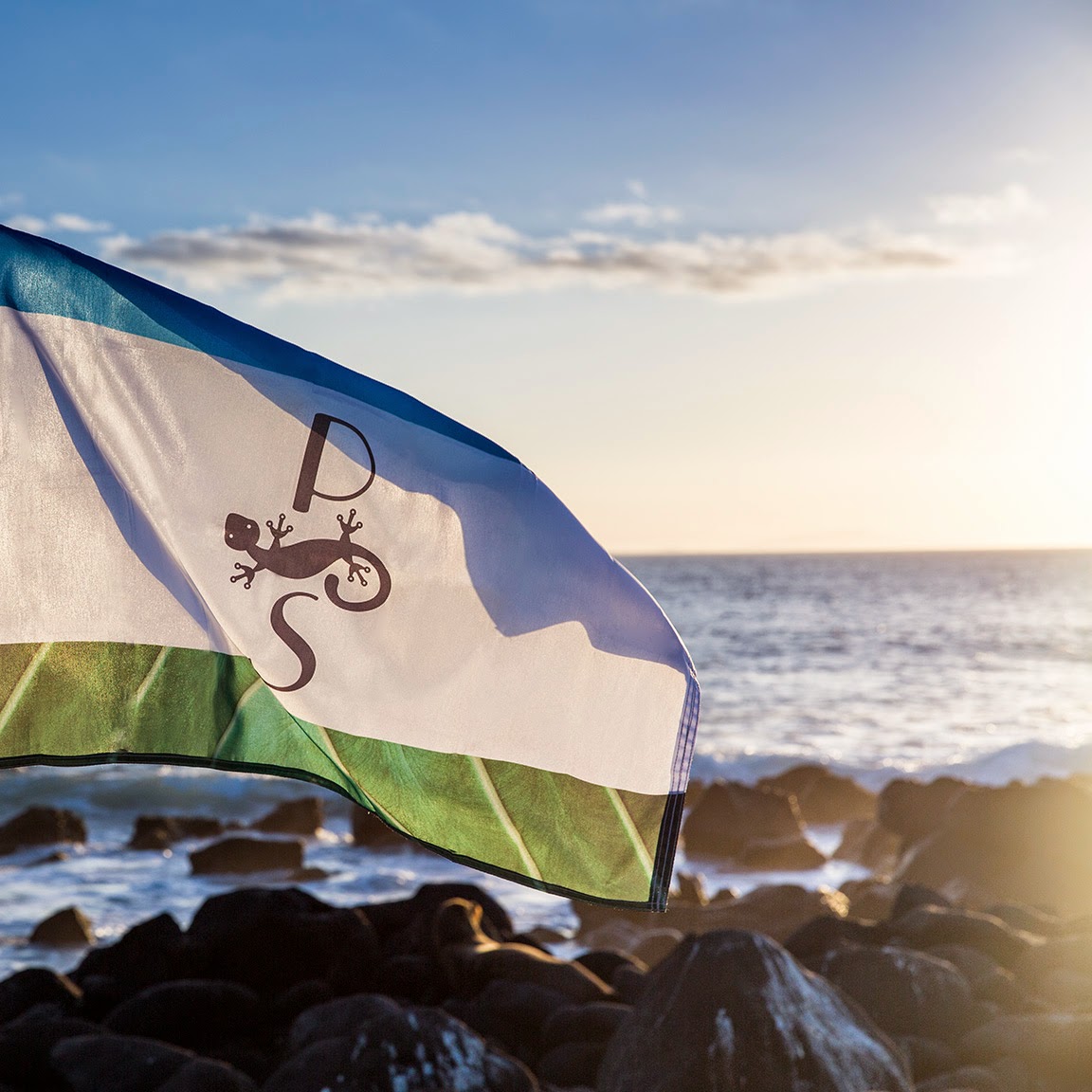 You see, a few months ago, travel and destination photographers Preston Schlebusch approached us to do a logo for them.

Now, usually, we wanna do a whole brand exploratory and whatnot, but frequently clients only want what they want, despite our cajoling and whining, and in those cases, we try to give it to them. In this case, a simple logo to go along with the new website they were designing for themselves was what they wanted.

So we started in, thinking about the world and camera lenses and cutesy type treatments and whatnot . . . 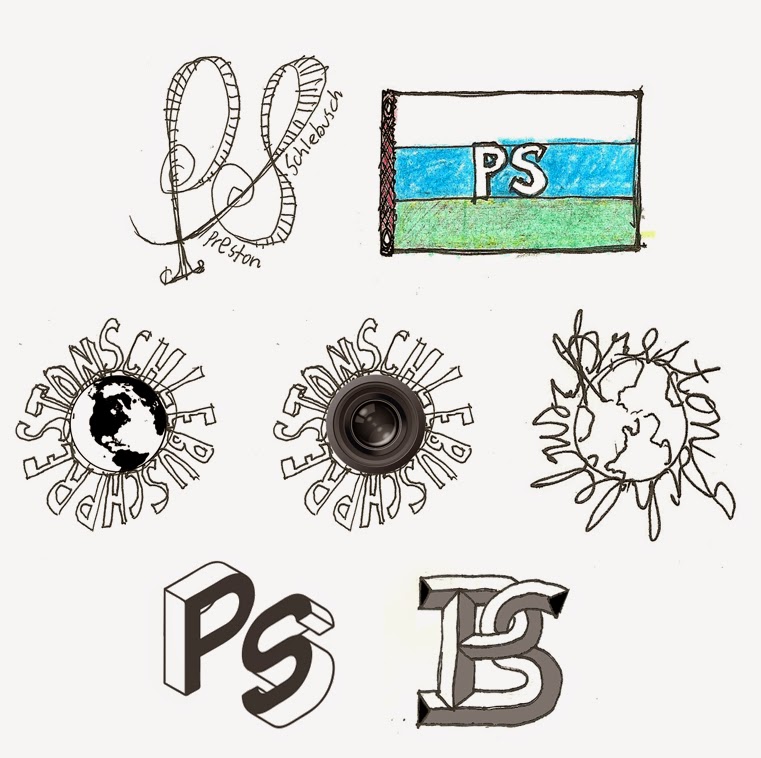 . . . and it turned out great and when we told the Preston-Schlebusch client about it, they liked the idea and that's how we found ourselves, one day, gathered around the client's conference table with a bunch of paper and a big batch of colored pencils. 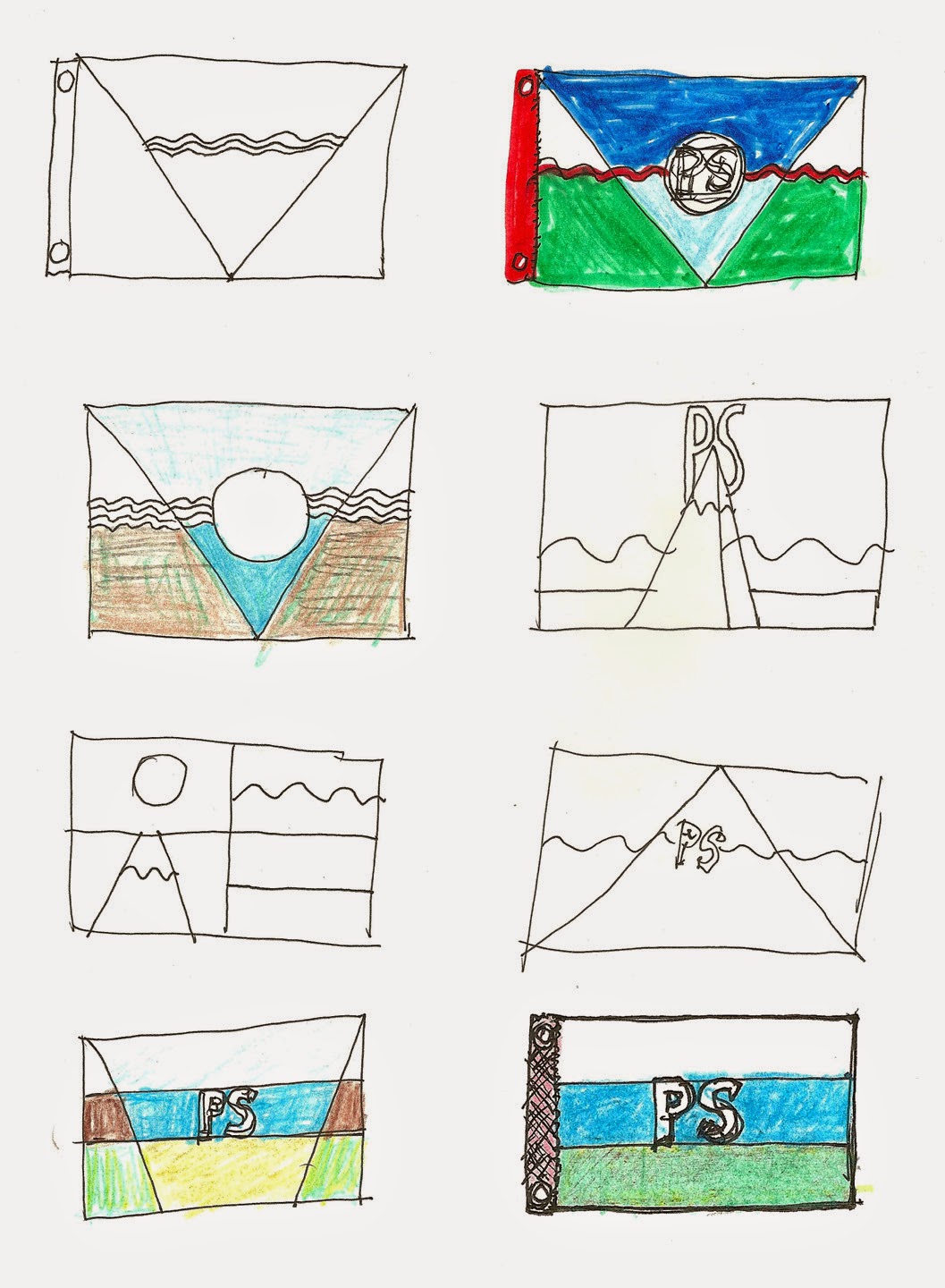 We made deeply symbolic flags representing sea, sky and mountains, beaches and world domination and simpler flags with fun graphic elements. But, as so often happens in these cases, the client had an interest: they had a collection of geckos that they'd brought home from trips all over the world, and they thought it would be nice to include a gecko on the flag. So we started looking at geckos and drawing some of our own. 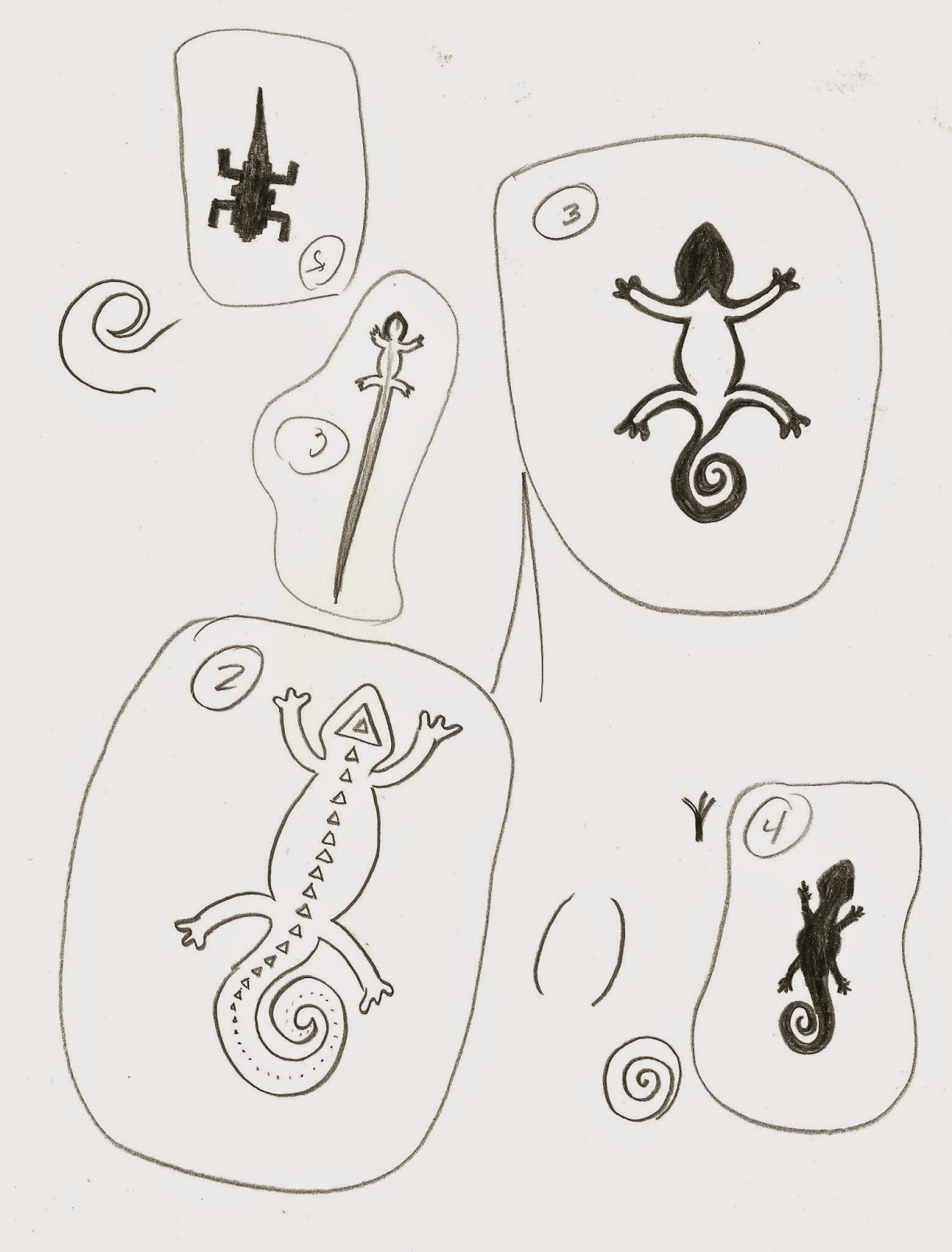 We really liked number 3 but the client liked #4 and we ended up going with a version of that. Here's how it looked in the mock up that the client bought: 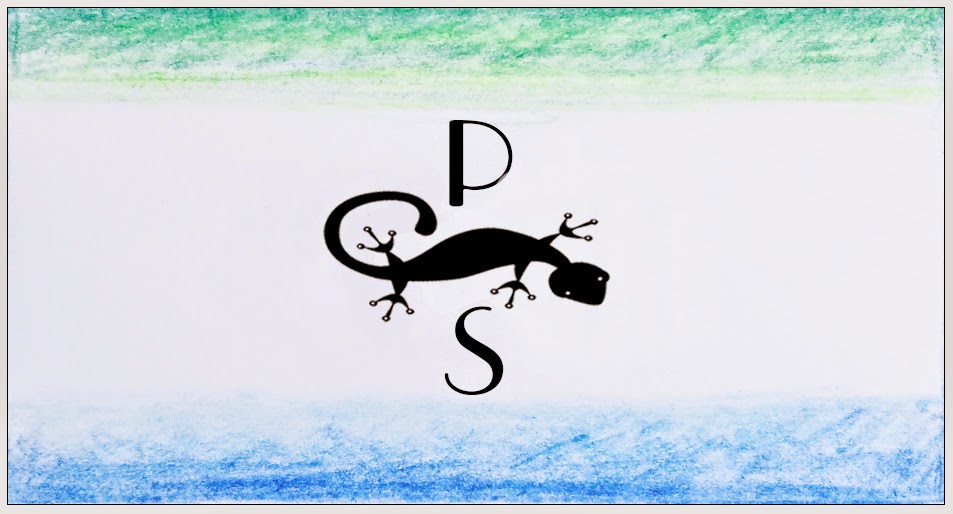 For the finished flag, we stole some elements from some of our client's gorgeous photography, a Mediterranean sky here, a Caribbean leaf there, et voila! a flag! Here below is the final Photoshop version of their logo. 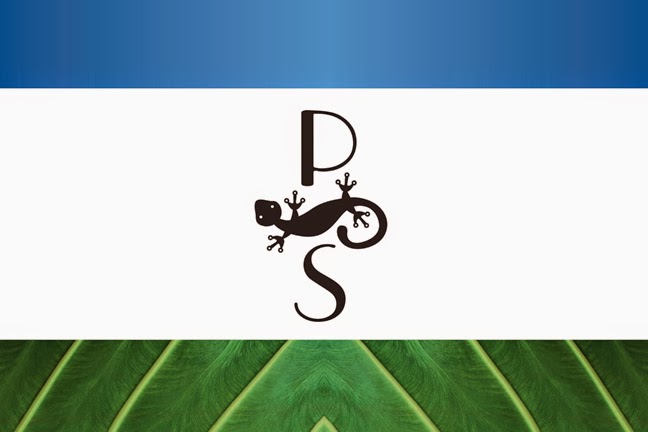 And here it is with their name and tag line: 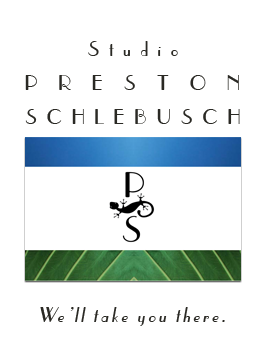 So the next step was to send the big Photoshop version out to the flag printer and so that's what we did, and within a week or two, we had the brand new Preston Schlebusch flag, ready to go.

Here it is, below, in situ on the Keralan backwaters in India and below that on a patch of New Zealand beach. Stay tuned for more pics as they come in; the Preston Schlebusch folks are planting their flag all over the globe and we're thrilled to see it. 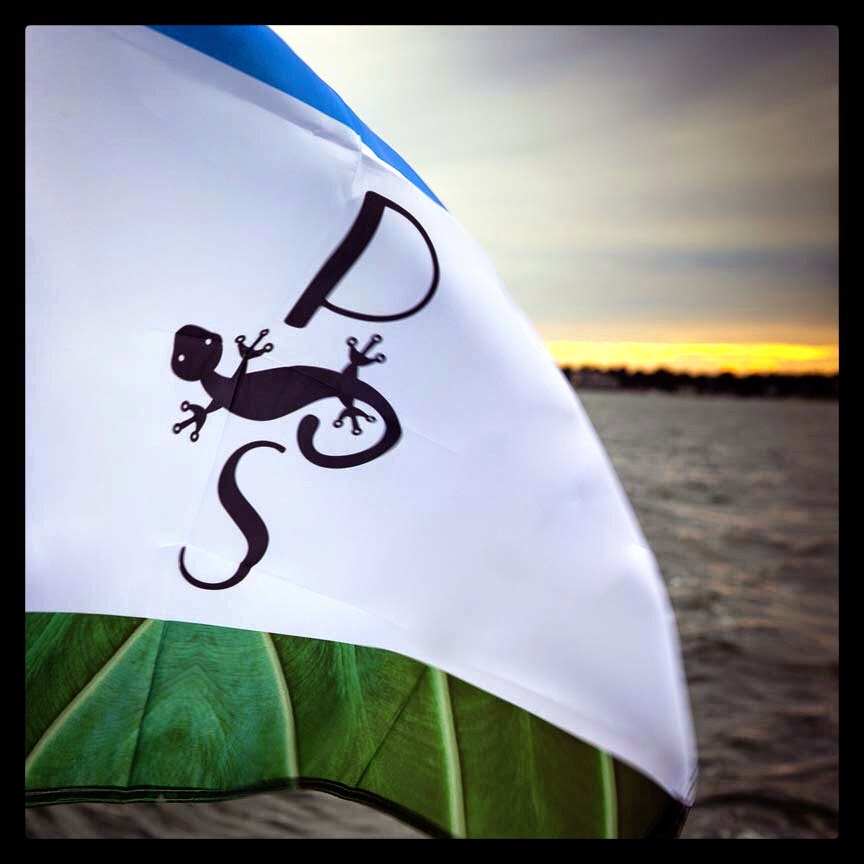 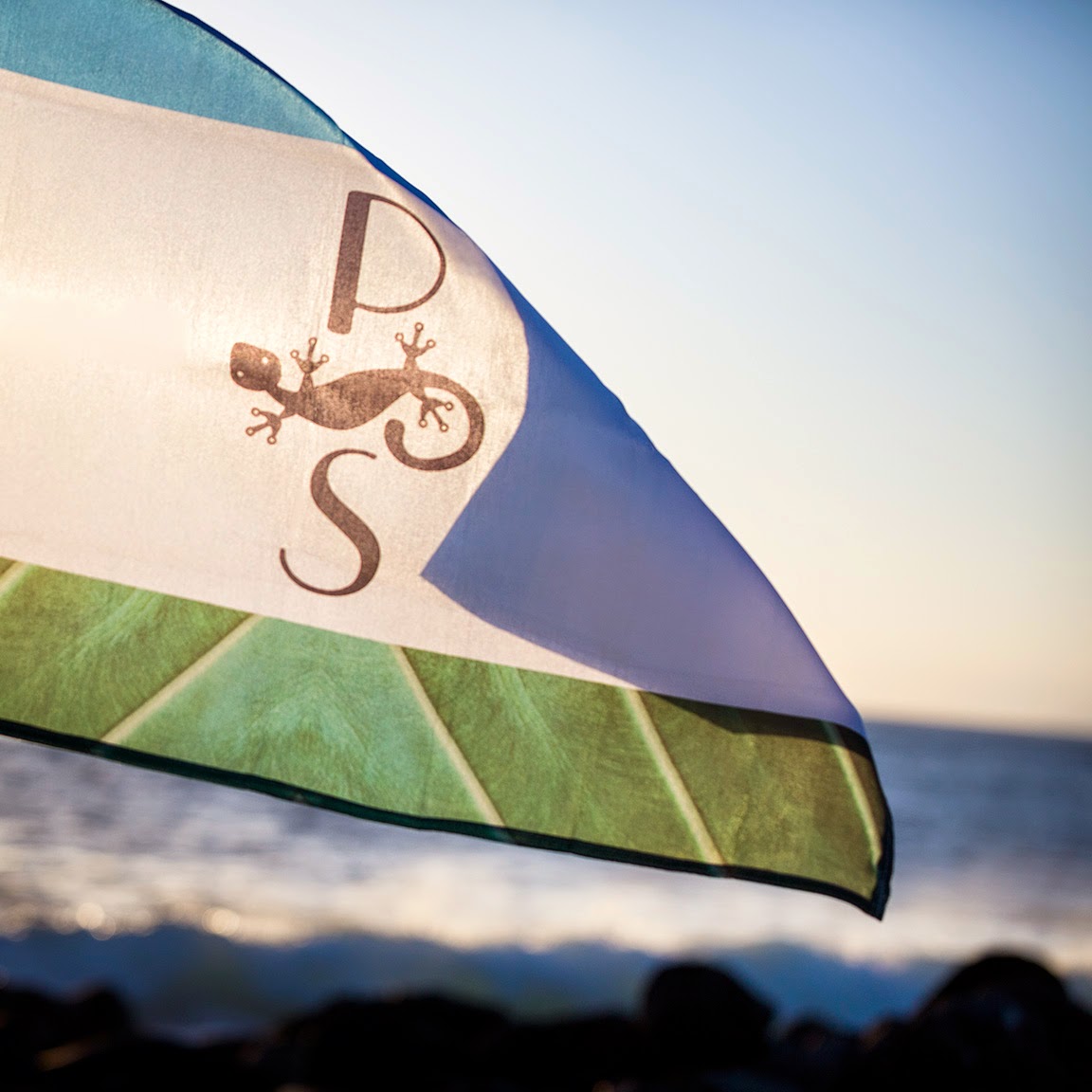 Posted by norm magnusson at 9:20 AM No comments: