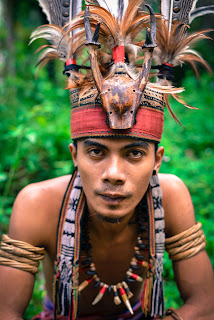 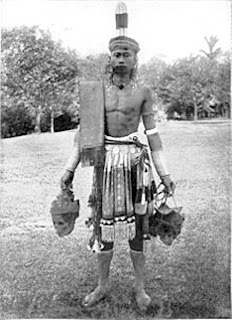 Went down to the city the other day to talk to our headhunter, Marie, about drumming up some freelance work. She said "no problem" and then asked if we'd be interested in helping the boss write a letter to send out to prospective clients.

Well, the boss came in, the big cheese, the head honcho, the guy with his name on the door and it turns out he's a most excellent guy and we totally hit it off. In addition, we successfully talked him out of sending a letter and into doing something a little bit more noteworthy.

Our point of view on this is pretty simple: your target audience gets a lot of letters exhorting them to use this service or that and, honestly, their assistants, the people who open the letters, don't even read them. So don't waste a second writing a letter to try to reach and persuade them. Just don't.

Well, the honcho bought our argument and away we went to the drawing board to create an ad that would drum up some business. We pitched him on doing a top to bottom branding of his company, complete with in-house and out-of-house image research, but he just wanted an ad, so that's what we did. A few of them. And some other stuff too.

Now, the client's competition is not just the other recruiting firms, it's also the online job boards and, increasingly, LinkedIn. The job boards are a little impersonal and so is LinkedIn; headhunters, on the other hand, do all of their real business face-to-face. They meet with the clients, they meet with the candidates, they make a match. They are much more like old time matchmakers, while the job sites are akin to online dating sites like match.com or okCupid.com.

And here's what we wanted it to be: (click on any of the images on this page to view them bigger) 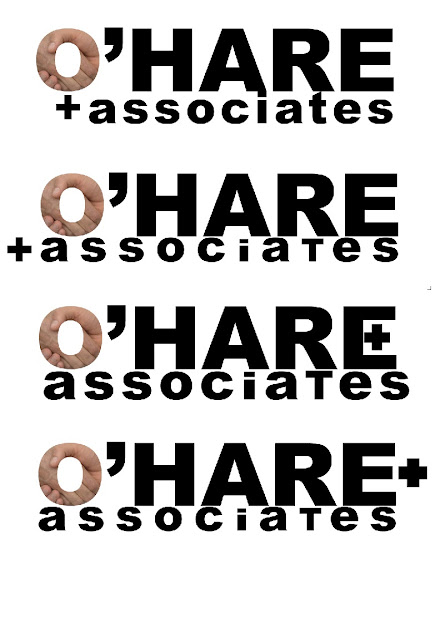 Seems sensible enough. If your major benefit is the human touch and actual face-to-face contact, why not try to include that information in your communications. Starting with your logo.

Well, the logo idea got dinged, but we still had a couple of fun ad ideas. The best of them highlighted people's ability to exaggerate themselves online, something that is an impossibility in person. For this ad, we created a tri-fold mailing piece that would go out in a branded envelope featuring their new logo. (Still hopeful we could sell it.) When removed from the envelope, the piece showed a person typing their specs onto their laptop. When unfolded once, it showed that the person doing the typing, though literally matching the specs, was actually a very different kind of person. When unfolded again, it showed a bar graph we'd made that highlighted attrition rates amongst employees hired through O'Hare and through other channels. 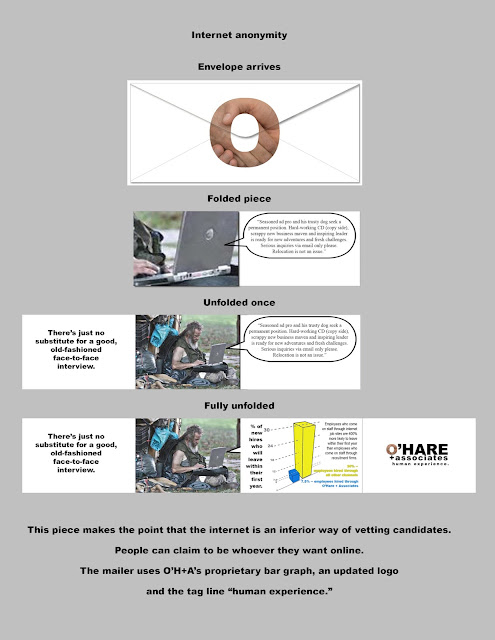 Here below are the two rough options we created to visually display the quantitative information the client had on attrition: 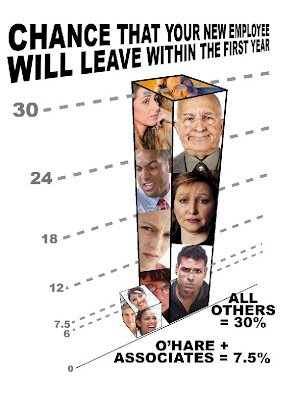 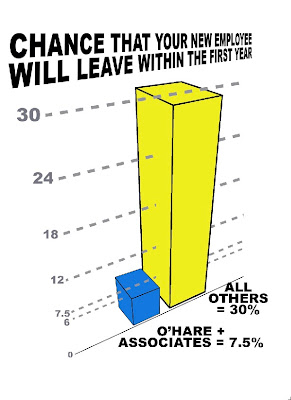 Well, this mailer was popular, but not enough so to build a consensus amongst everyone in the office, so it got dinged too and we sent out our one last idea, stolen from a circa 1979 poster that was very popular back in the day: 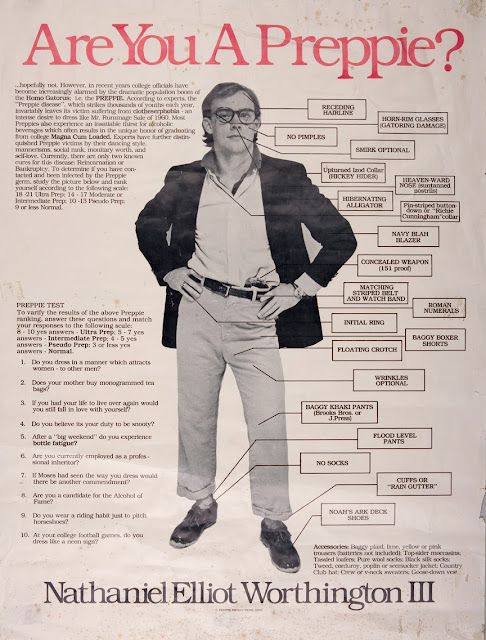 Created by a student at UVA, Tom Shadyac, the poster was wildly popular and right on the money. Shadyac went on to fame and fortune in Hollywood (more here). And, following in the footsteps of so many other advertising greats, we stole the idea. Got theft? Our version is here below: 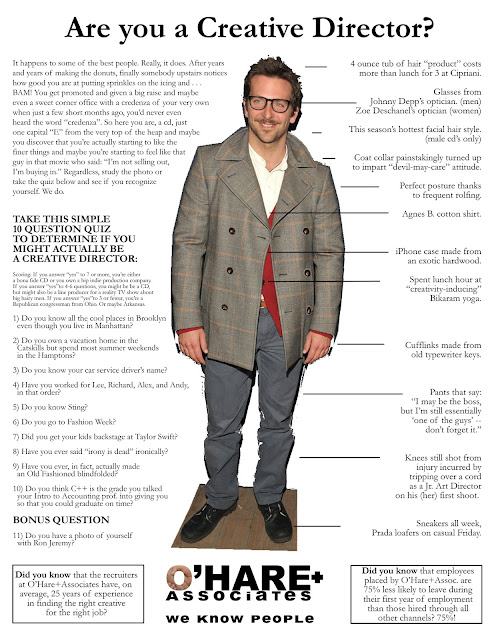 Yeah, that's right, we stole a photo of Bradley Cooper, too. Well, we really really liked this idea and so we sent it off to the client. Never heard back. Sent another email asking again how he liked it. Never heard back. So finally, guessing that perhaps he was sick of all the hoop-la, and just wanted his damn letter, we wrote the letter. It turned out nice; here it is: 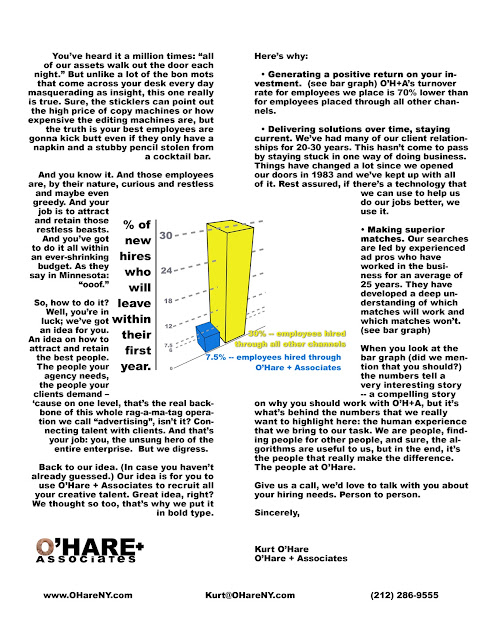 So we sent it out, our proposal for a one-sheet mailer, and it was something really really close to a letter idea he originally wanted, and when we finally heard from him, he said, "great copy, whoever wrote is a genius, but I like the other idea better." Well, that was music to our ears and so off we went, producing and revising and getting approval signatures and all the fun stuff that goes into actually making an ad. We considered using stock photography and illustration (below) . . . . 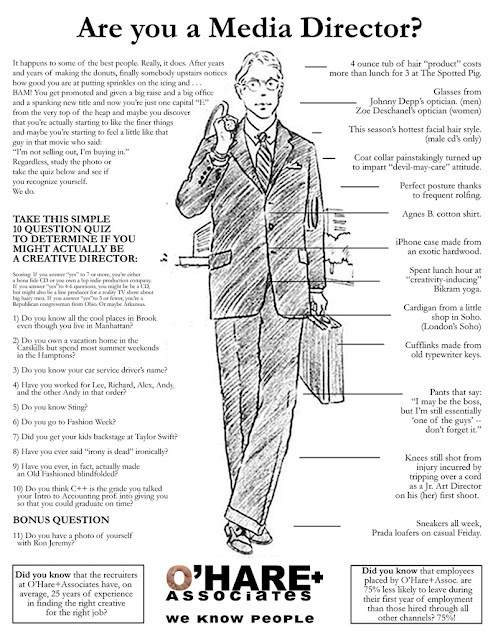 . . . . but in the end we decided to cast and shoot it ourselves. Right here in Woodstock. One call to uber-makher Abbe Aronson of Abbe Does It and we had ourselves an amazing photographer, Franco Vogt, and a handsome and perfect model, local luminary and illustrator extraordinaire Jason O'Malley.

And before too long, we had our first, finished and approved ad: 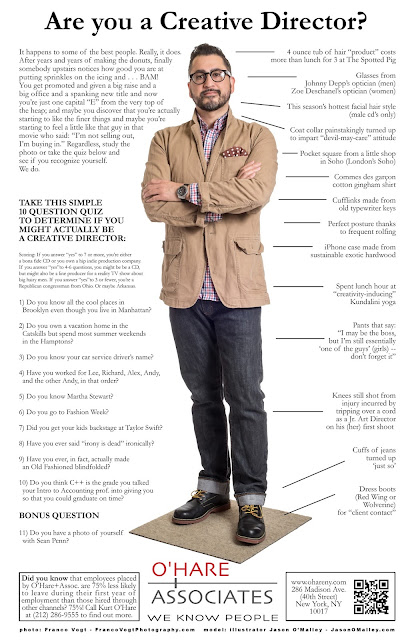 And not too long after that, the client asked for 6 more. As of July 23, only one more is finished starring big time actress Audrey Rapaport: 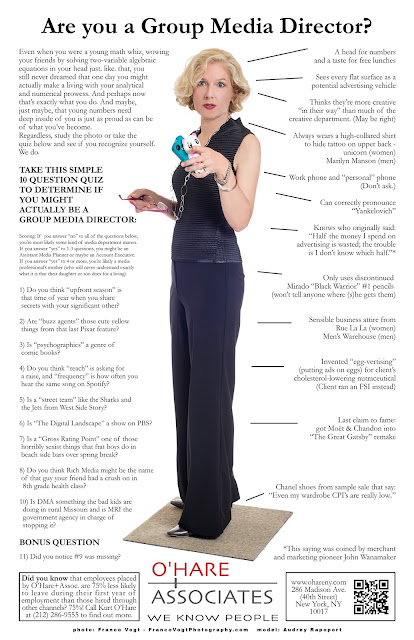 The next ads in the series will be for representatives of other departments in a typical ad agency.

The client hopes this campaign will help them sign up a few more small to medium sized agencies. While there's no way of knowing for sure how these direct mailers will do, we hope that they'll be successful in engaging the target audience (250 or so ad agency HR folks) and we expect that, at the very least, they'll certainly a lot more successful than a short note on letterhead.

• The posters are 17 x 11", suitable for hanging on the refrigerator in the common area of each agency.

• Instead of folding, we recommended sending the posters out in 2" diameter mailing tubes, so they'll arrive at their destinations not looking like all the other direct mail.